Study with us
Homepage Entry pathways Why and how

Studying at the School of Business of the University of Chemistry and Technology Prague (UCT Prague) gives you an opportunity to become part of - and graduate from - one of the most prestigious Czech Universities, proud of its #355 QS World University Ranking and origins extending to the Prague Polytechnic established in the early 18th century.

The main UCT Prague premises are located within the Dejvice University Campus in one of the most desirable districts of Prague, with excellent access to all campus amenities including the National Technical Library, cafeterias and sports facilities, numerous restaurants and leisure areas in the surroundings, as well as to downtown Prague and the international airport. The University offers all its students comfortable dormitory accomodation, and even brews its own beer.

Each academic year is organized in two semesters with an extended summer break, which is utilized by most students to visit home, work or travel, as well as a year-end break. Classes in the Winter Term begin in early September, the Summer Term starts in mid-February.

As an internationally acknowledged research university, UCT Prague partners with over 100 universities worldwide. Typically, the European Credit Transfer and Accumulation System (ECTS) which facilitates the recognition of degrees, as well as individual course modules, is part of the accreditation.

Note: Schedules include changes effective from December 7, 2020 (highlighted in bold).

The campus at a glance 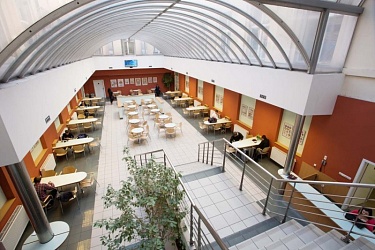 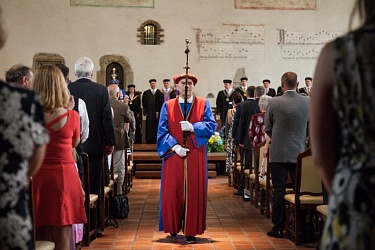 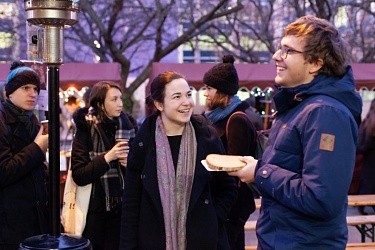 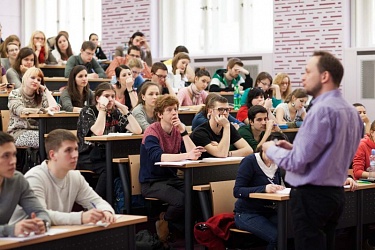 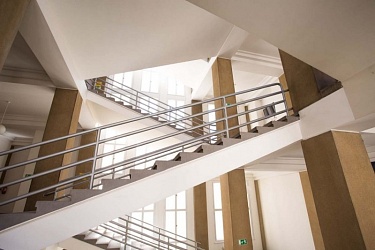 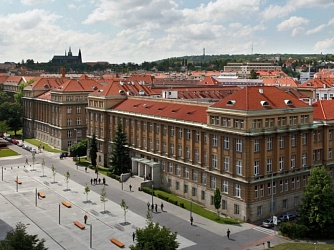 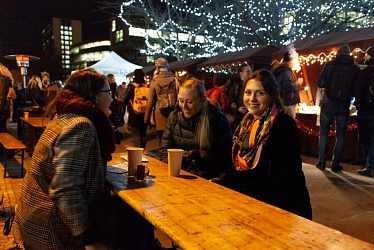 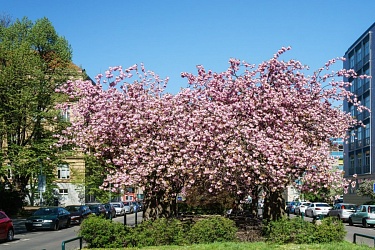 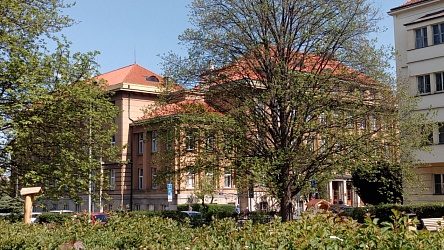 The Czech Republic is a small, but diverse and dynamic country with just over 10 million inhabitants in the heart of Europe, featuring stability, security, a developed infrastructure, impressive natural settings, cultural heritage and a quality of living that have always made it attractive for business, as well as for tourists, expatriate professionals and students.

The location of the Czech capital city Prague, its outgoing and friendly atmosphere, as well as full membership of the country in the European Union since 2004, makes it ideal as a convenient hub for commerce, travel, networking and study opportunities in Europe.

The origin of the word robot is Czech, as is the designation of pilsner beer after the city of Plzeň where it has been brewed for two centuries. People in the whole world have had their daily lives improved by Czech inventions ranging from sugar cubes to contact lenses, developed by Otto Wichterle, a professor and dean at UCT. The laws of genetics were discovered by Gregor Mendel, an Augustinian abbot in the regional capital Brno, and another priest Prokop Diviš invented the lightning rod.

Czech is the native language spoken in the Czech Republic and also widely understood in neighbouring Slovakia. You do not need to know any Czech to study at UCT and you will find that most local people understand English or want to practice it with you when you travel around the country. If you want to learn it anyway, you are welcome to enroll in our Czech for Foreigners classes.

Czechs love watching and practicing sports, including cycling, skiing, jogging, hiking and mountaineering. This affinity accounts for the availability of numerous sports facilities and events, accessible leisure activity locations, and also contributes to the widely-known success stories of Czech competitors in disciplines ranging from tennis and rowing to ice hockey and basketball.

Knowing the place
Discover the Czech Republic and its capital city Prague.
Cost of living
Find out what it is like and how much it costs a student to live in Prague.
Dormitories
Learn more about the accomodation available for UCT students.
Sports
Make use of excellent opportunities to join in competition or recreational sports activities.
Library
Visit the modern National Technical Library right in the centre of the University Campus.
Study at UCT
Explore other possibilities at the University of Chemistry and Technology Prague.
Prof. Jan Vlachý PhD
International Programs Director
Miloš Krejčí MSc
International Office Manager
Marie Chajdová MSc
Admission Officer
Shangzhou Xia BSc
Admission Representative
Swati Kushwaha BSc
Admission Representative

Our International Office team will be more than pleased to provide you with any assistance and advice.